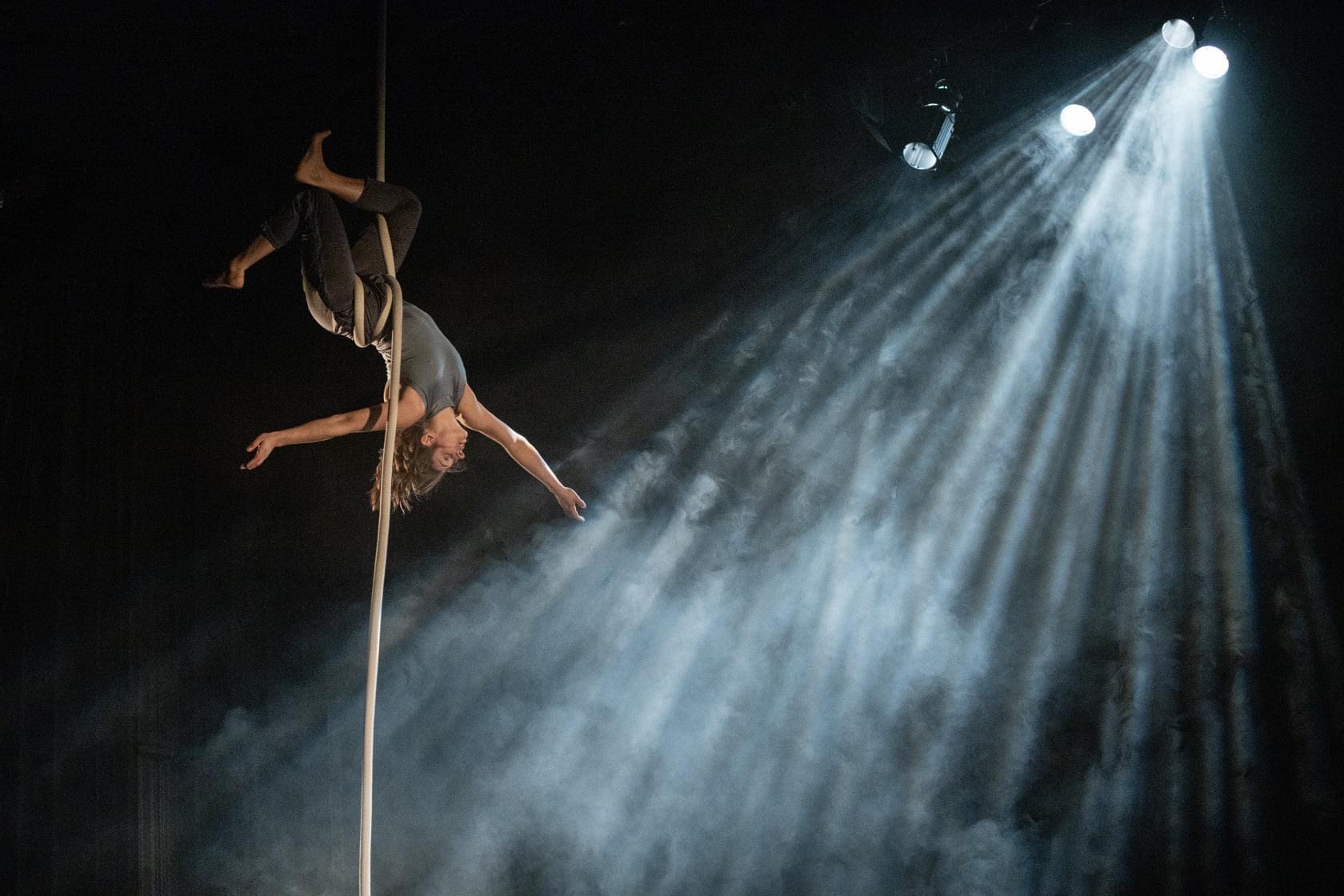 The performance of Alžběta Tichá is cacelled due to health problems. All tickets purchased may be changed for another performance or payed back. We will try to contact you via goout or send us email to pr.nultybod@gmail.com to let us know what your choice shall be.
Thank you for understanding.
Regards, Nultý bod

All of us go through changes from now on…

“STAV” (STATE) is a new circus performance, it is a parallel of a woman going on her way in life. Time runs and so she does, every moment brings a change. Who was she at the beginning of her journey and who is she now? What shall become?

The constant but involuntary transformation of the physical and psychical state is depicted and communicated through the rope acrobacy. At the same time, the transformation is the main motif, which is expressed by principals and motion patterns of animals.

The performance has been created for the audience willing to exceed the boundaries of their own fantasy and those that enjoy imagination. The story is an inspiration for understanding the changes and transformations we all go through.

The performance came into existence at Codarts University in Holland in the final year of study.

Bětka studied dance at Duncan Centre in Prague. Beside dance, she mastered her technique of jugglery in the “MixTrix” group. She has taken part in the nomadic theatre project of “Žebřiňák” formation. In 2015-2016 she played as an acrobat and juggler in “Jeníček a Mařenka”, directed by Matěje Forman at the the state Opera House in Prague. She has been an educator in “Roztoč” association – the place for development of culture; and in  “Cirqueonu” – the place for development of new circus techniques.

In 2015 Alžběta found herself comfortable in rope acrobatics. She was keen on the activity so she decided to apply for a study of new circus art. She graduated from Codarts University in Holland in 2020, studying New Circus. Since then, she has been combining acrobacy with dance and theatre. As a performer, she took part in many projects: Kid, directed by Francesco Sgró; Li(n)es, directed byDanela Gulka, CircusMeetsStreetDance, Re-zervace etc.

Alžběta Tichá is a founder of the “Feel the Universe Circus Company” and the promoter and performer of the summer project “Cirkus Laboratorium” 2016.