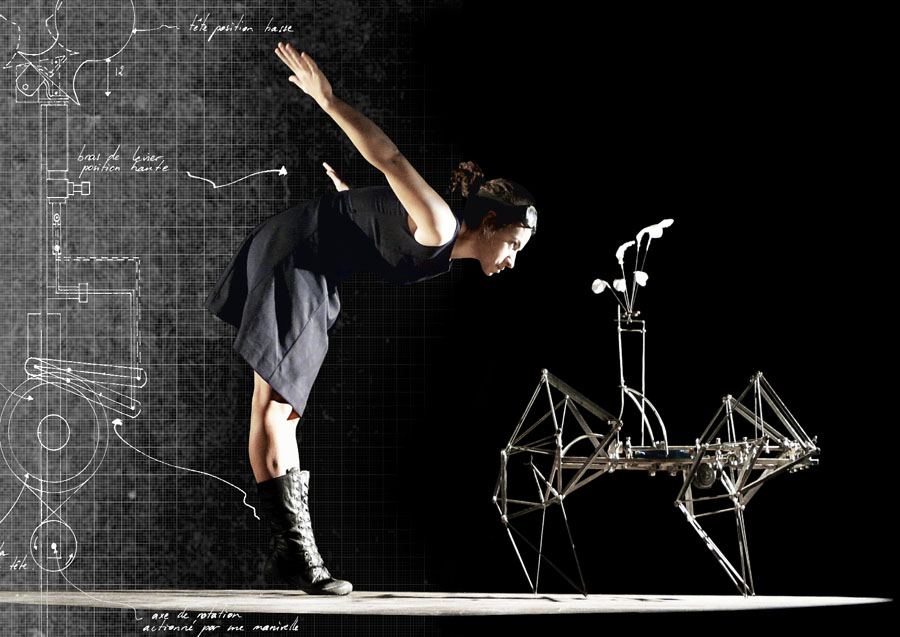 Magali Rousseau presents poetic mechanisms in the performance ‘Swirling The Air’ – all of the objects that she has created in the last ten years. The steel creatures are part of one story, her own story, which she wants to introduce to the audience.

The performance is the authors´s and audience voyage through the infinite space colonized by machines that happen to come in light and come alive. They all try to fly away using their own invention, and she as well. Magali´s mechanisms are delicate, intelligent, poetic and niftily done. They inhibit part of our imagination that is fed by our hopes and fears. Each person can see a piece of its universe or just peep inside to be amazed by its subtle poetics.

“I’m looking for micro-disturbances. I look at the movements that surround me, the forms of energy present in nature, their change, their mutation…Through the movement, I want to reach a different life, an elsewhere where the attention is focused around subtle movements, regular or chaotic, fragile organisms that evolve according to their own rules. Very often, I can not find the words and I do not speak. So I build objects to break the silence. This is my theater of illusion.

My machines are deeply human, they are pathetic, funny, sad, gentle, aggressive, determined, helpless. They flee, drag their legs, move, wrestle, go around in circles, stir air, …These machines create a space, their space, that of the narration. They call to our sensitivity to beings and things. To our ability to feel, to play, to understand.” Magali Rouseau

Společnost l’Insolite Mécanique was founded in 2015 as a creative space halfway between mechanized theater, plastic installation and performance.Magali Rousseau creates and manipulates her poetic objects.

Magali Rousseau studied Decorative Arts in Strasbourg. There she trained herself in the metal, wood, and jewelry workshops and won the Voecklin Awards and honors in 2008. 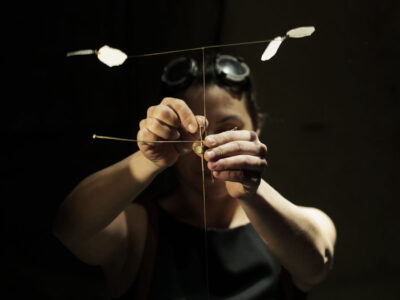 The performance is in French with Czech guidelines.

The capacity is 25 persons a show. Reservation via https://goout.net/en/ is necessary.

In the Czech Republic, the performance is accompanied by the exhibition of Magali Rouseau objects that you can see in Alta Studio, Invalidovna Karlín, 13.7.-25.7.2021.